Laura began her dance training at three years old and fell in love with it immediately. When she was five, she began dancing at Poquoson Dance Academy as one of its original students. Over the next thirteen years, she trained in ballet, pointe, jazz, lyrical, contemporary, hip-hop, and tap. She was a member of Poquoson Dance Academy’s competition team for six years and has been teaching for the studio and its company ever since. Additionally, she was a member of the York County School of the Arts (SOA) for four years. Laura had the amazing opportunity to dance in the Orange Bowl halftime show with country singer, Jake Owen. She received her B.A. in Communication Studies with a minor in Dance and Writing from Christopher Newport University in 2017. At CNU, Laura actively participated in the dance department’s annual dance concert, “A Delicate Balance,” as both a dancer and choreographer. Since she began teaching, Laura has received numerous high-scores and awards for her choreography. She is passionate about inspiring others to love dance as much as she does and loves to see the "ah-ha" moments when a student finally masters a skill. Laura teaches for Jazz 1, Team Gamma, Team Adrenaline, and the Infinity Tap Company. She, alongside Abby Topping, is co-director of the Kinetic Energy Dance Company.

​
Alexa started dancing at the age of three at the Academy of Dance & Gymnastics in Hampton, VA where she took ballet. She then switched studios at the age of five to The Betty Smith School of Dance in Hampton, VA where she took tap, ballet, jazz & pointe until she graduated high school in 2010. Alexa attended Longwood University where she was a member of Blue Heat Dance Team. While at Longwood, Alexa also taught Creative Movement, ballet, tap, jazz, and hip hop at Five Pointes Dance Studio. Alexa graduated from Longwood University in 2014 with a BA in K-6 Education. As a choreographer, Alexa has won high overall, judges, choreography, and costume awards for various numbers at Five Pointes Dance Studio for their Emberz Dance Team. Alexa will be teaching Creative Movement, Beginning Tap/Ballet, and Tap 1 this year. She is so excited to return to teaching dance after a brief hiatus to get married and start her family. She loves getting to know her students and loves helping them grow in their skill and love for dance.
​ 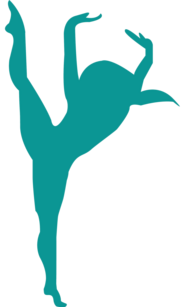 Zoe began dancing at the age of nine, and has continued her training ever since. She has trained in ballet, lyrical, jazz, tap, hip-hop, pointe, modern, and contemporary. She graduated from high school in 2021, and is currently studying Dance Education at Old Dominion University. Zoe was a member of the Kinetic Energy Dance Company for seven years. Over the years of competing, she received multiple scholarships and invitations to dance workshops. In addition to this, she has also choreographed her own solos to compete as a student, which have received high placements. She has also performed at Starlets of Dance, a breast cancer awareness and fundraising event. Zoe teaches our Creative Movement class, Beginning Tap/Ballet class, Ballet and Pointe classes, Team Dynamite, and the Nebula Tap Company. She is passionate about helping children find a love for dance early in their lives!

Abby grew up in Poquoson, VA where she began her dancing career. She was a student at Poquoson Dance Academy when it first opened in 2000 when she was 4. Abby started with a class of beginning tap and ballet and eventually trained in all styles of dance including ballet, pointe, tap, jazz, hip hop, lyrical, and contemporary.  Abby was an active member of the Kinetic Energy Dance Company for 5 years. Abby graduated from Christopher Newport University in 2018 and received her B.S. in Biology with a minor in Spanish.  She has had the opportunity to take classes from well known choreographers and organizations including the Joffery Ballet, Derrick Schrader, and Tony Bellissimo. Abby is now a teacher and choreographer for the company and other classes at the studio. As a choreographer, she has received choreography, high-score, and judge's awards for her work over the years. Abby teaches for Team Justice, Team Mystic, Team Marvel, and the Cosmic Tap Company. Along with Laura Bransford, Abby is the co-director of the Kinetic Energy Dance Company. Abby loves to encourage her students and see how they improve as dancers!

Victoria “Tori” Terrill was born and raised in suburbs of Washington D.C. Tori began dancing at the age of nine in Fairfax, VA. She has trained in multiple genres such as Jazz, Pom, Hip-Hop, Ballet, Tap, Lyrical, Ballet, Musical Theatre, Ballroom, Irish Step dance, and Afro Caribbean. Since she began competing in 2004, Tori has been a semi-finalist at UDA and a finalist at NDA. Tori has performed for several philanthropic charities helping raise money for different organizations. She has also won numerous awards including two All-Americans and has been nominated for a Cappies award for choreography. In addition to her dance accolades, Tori has also choreographed routines for productions such as Fiddler On the Roof, By Bye Birdie, Singing in the Rain, and A Delicate Balance. Graduating with a dance minor from Christopher Newport University, she received the Casey DiPersio Annual Business and Performance Scholarship. While she was there, she was also Historian for Nu Delta Alpha Dance Honor Society. Tori currently judges and is involved with event planning for Eastern Cheer & Dance / AmeriDance. Tori teaches tap and hip hop for Poquoson Dance Academy.  She love her being a mentor for her students and enjoys seeing them be dedicated to improving their dance abilities.